The Big Taste of Martin County 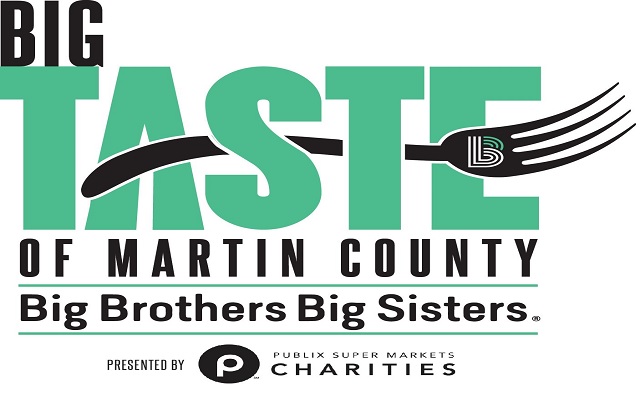 The Big Taste of Martin County is presented by Publix Super Markets Charities, as an annual fundraising event for Big Brothers Big Sisters of Palm Beach & Martin Counties will be held Tuesday, October 12, 2021, from 5:30 – 8:30 p.m. at The Stuart Jet Center located at 2501 SE Aviation Way.

The premier food event of the Treasure Coast was held as a month-long campaign last year to support the local restaurant community during the pandemic while raising awareness and money.

Willie began his NFL career with the New Orleans Saints, who drafted him with the eighth pick of the first round in the 1993 draft. Roaf played nine years for the Saints; he was named to seven Pro Bowls and won a spot on the NFL 1990s All-Decade Team, making him the most awarded player in Saints history. After an injury, Roaf was traded to the Kansas City Chiefs in March 2002 for a conditional draft choice. He played four more seasons with the Chiefs and was selected for the Pro Bowl in each of those four years, for a total of 11 Pro Bowl selections. Roaf elected to the Pro Football Hall of Fame in 2012.

Bigger than before, guests will experience the new layout at the Stuart Jet Center making the event socially distant and outside. Enjoy culinary treats as local restaurants, craft breweries, taste and samples of wine will create an event like no other for a good cause. Guests will have the opportunity to purchase VIP tables, silent auction, and to participate in the voting process to select their favorite menu items from area restaurants.

The community will come together for an evening of fun, food, wine, music and more at the “Big Taste.”  It will feature delicious foods from local restaurants, desserts, and delectable wines from across the world. Guests will experience an array of craft beer from local breweries such as Hop Life, Islamorada Beer Co. & Sailfish Brewing Co., Motorworks Brewing Co., and more. Get a taste and sampling of wines, liquor, and food from 20 restaurants of all cuisines throughout and surrounding Martin County. From Kork, Conchy Joe’s Seafood, The Dolphin Bar & Shrimp House, Ellie’s Downtown Deli, Berry Fresh Café, and the Hutchinson Island Resort & Spa to name a few. There will be so much to enjoy in support of Big Brothers Big Sisters. Guests will also enjoy a chance to win fabulous prizes in the raffle! The auction opens October 5 online and will include incredible trips and experiences.

Tickets: Pre-sale tickets are $45 and after September 20, early-bird (Sept 20-October 11) the tickets will cost $50, $60.00 at the door. $300 VIP table includes 4 tickets, a complimentary gift bag, and bonus raffle tickets. Tickets and sponsorships can be purchased online at http://mentorbig.org/events, http://bidpal.net/bigtaste, or TEXT Big Taste to 243725.

About Big Brothers Big Sisters of Palm Beach and Martin Counties:
BBBS provides children facing adversity aged 6-17 with volunteer mentors who serve as positive role models. Since 1986 the organization has provided mentors to children in Martin County and since July 2010 in Palm Beach County. Big Brothers Big Sisters of America (BBBSA) recognized the Martin County organization in 2007 as one of the 35 best performing agencies nationwide. Visit www.mentorbig.org to learn more.