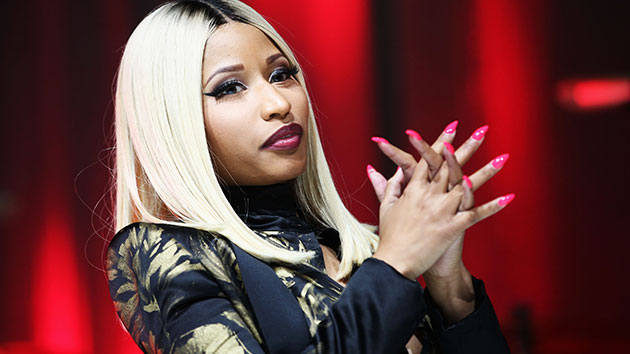 Fans gave Nicki Minaj the blues after she announced her upcoming “Trollz” collaboration with Tekashi 6ix9ine, which arrives at midnight.

Yesterday, Mrs. Petty broke the internet, per usual, revealing yet another song with the labeled “snitch,” following their massive hit “Fefe” in 2018, not long before Tekashi began serving his sentence for racketeering charges.

One fan tweeted, “Cardi B would’ve never worked with a snitch,” while another thought Nicki picked the worst timing. “What is Nicki doing during the [Black Lives Matter] movement?” the fan wrote. “THIS.”

Of course, one of the Barbz defended Nicki, writing, “This song [doesn’t] need humble Nicki, be as disrespectful as you can. I need the ‘Trollz’ to feel this!”

Fans also pointed out Tekashi’s ankle bracelet visible in the pic of Nicki with Tekashi, a result of his home confinement requirements since being released from prison in April due to COVID-19 concerns.

Answering the criticism, Nicki promises a portion of proceeds from the song and merchandise items will support The Bail Project, for individuals who cannot afford to make bail while awaiting trial.

“We want to protect and support the thousands of brave people working on the front lines of social justice, using their voices to demand AN END to the targeting and killing of Black Americans by the police,” Nicki wrote.

Despite supporting such a good cause, some fans criticize her for looking for a profit pocket.

“Profiting off of a tragedy when she could’ve just wrote a check like the other celebs,” the fan wrote.  “She said a portion which means the rest lines their pockets. Give without trying to profit.”