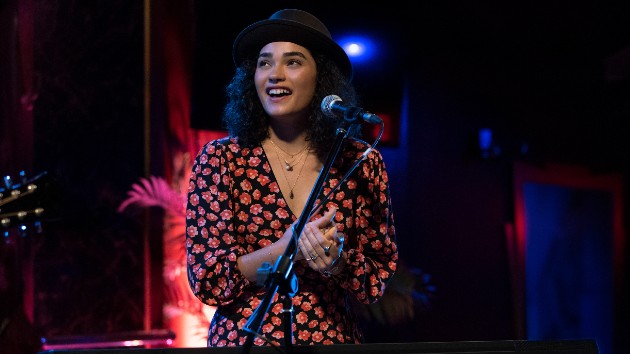 To coincide with the premiere of her new show Little Voice, Sara Bareilles has released the first five songs from the series’ soundtrack.

The Little Voice: Season One, Episodes 1-3 EP, as the title suggests, features songs from the first three episodes of the Apple TV+ series, recorded by the cast.

Sara wrote three of the five songs, the exceptions being Colin Hayes’ “Waiting for My Real Life to Begin” and “Valerie,” a song initially recorded by English indie rock band The Zutons and later covered by Mark Ronson and Amy Winehouse. The other tracks are “I Don’t Know Anything,” “Coming Back to You,” and “Dear Hope.”

Sara is executive-producing Little Voice with J.J. Abrams, as well as providing the episodes with new original songs. The series follows aspiring singer-songwriter Bess King, played by Brittany O’Grady, as she tries to make it in New York City.