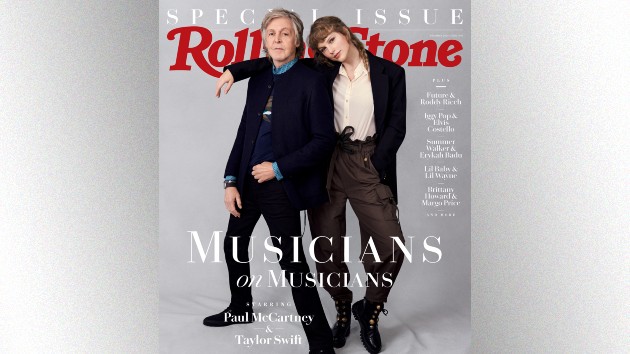 After interviewing each other for Rolling Stone, Taylor Swift and Paul McCartney are now pals — so much so that Taylor gave Paul a heads-up that she was releasing her surprise album, evermore, and even moved the date so as not to conflict with his new album.  But ironically, she still ended up keeping the former Beatle’s album from debuting at number one.

evermore is number-one on the Billboard album chart for a second week, forcing Paul’s album, McCartney III, to settle for a number-two debut.  The two albums were about 60,000 units apart in sales. According to Billboard, evermore’s sales were boosted by the fact that it just became available on CD December 18.